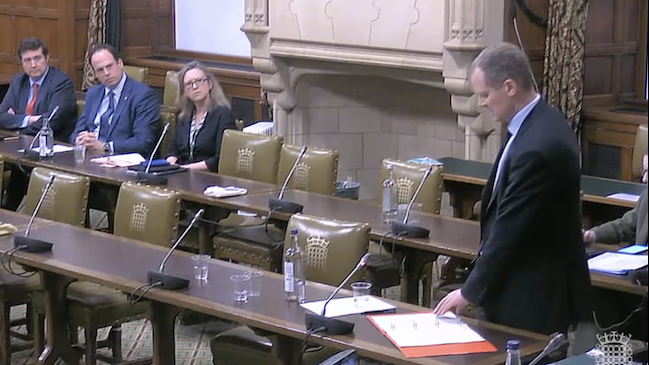 The Minister for Levelling Up, Neil O’Brien MP, said he was inspired by the work of LEPs as he confirmed that the govt will continue to support them for their ‘convening role, the private sector expertise, and the ability to broker lots of different local stakeholders and drive forward a wider strategic vision’ for their areas.

Speaking in a Westminster Hall Debate about ‘The Status of Local Enterprise Partnerships’, on Wednesday (16 March), the Minister made clear that the government “want to continue to have LEPs: for that convening role, the private sector expertise, and the ability to broker lots of different local stakeholders and drive forward a wider strategic vision for the area.”

Sally-Ann Hart MP (Hastings and Rye) who led the debate - the first Parliamentary discussion on LEPs since the Levelling-Up White Paper - prompted a number of wide-ranging comments among MPs who all pointed to the clear value LEPs were adding to their local area, ranging from delivering the essential infrastructure needed to support the UK’s transition to Net Zero to using their convening powers to drive job creation, workforce skills and economic growth.

Over the past decade Enterprise M3 LEP has invested £726m in its region, creating and safeguarding 6,555 jobs. It supports thousands of businesses through its Growth Hub and promotes its high-growth, knowledge-based industry clusters globally to attract investment.

Mark Pawsey MP said that the “the great strength of LEPs” is “that they bring private sector expertise into an area that was originally only for the public sector” while Greg Smith MP added “ The contribution that LEPs make to the prosperity of the nation is invaluable. “Many of her (Sally-Ann Hart MP) points about the role of LEPs in skills, business development and attracting inward investment were well made, but I particularly liked her point about their power in terms of convening. That is one value that has been harder to quantify, but it is absolutely important”. (Alex Norris MP)

In his response to the debate, Levelling-Up Minister Neil O’Brien underlined a number of points on the future of LEPs:

As part of his summing up, the Minister made clear that, following the conclusion of the LEP Review, the government now has “clarity about the end state that we want to get to and why we want to continue to have LEPs: for that convening role, the private sector expertise, and the ability to broker lots of different local stakeholders and drive forward a wider strategic vision for the area. That is why we have chosen to keep LEPs and why I pay tribute to them today”.

In her final comments on the debate, Sally-Ann Hart MP (Hastings and Rye) noted that:

“LEPs clearly have a role to play and are an asset to all the constituencies represented today….they have the ability to harness the power of businesses and they have a commerciality about them that local authorities just do not have. When it comes to decision making on the if, why, how, when and what of spending money, it is really important that we have the LEP voice in our regions.

“If we want to develop a culture of enterprise in this country, LEPs really do play an important role in that. They really do manage to convene partnerships, which is one of their strengths. I was therefore delighted to hear the Minister’s confirmation that LEPs will continue and will be funded and that clarity will be provided soon.”