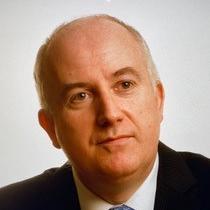 Michael was formerly Chief Executive of 3i Group plc, the global investment company where after 25 years he retired in 2012 having developed 3i’s activities in the infrastructure sector through founding 3i Infrastructure plc.

In 1994 he was seconded to the HM Treasury to help to develop the potential for the Private Finance Initiative in the NHS as Head of the NHS Private Finance Unit. In 2002 Michael was Chairman of the British Venture Capital Association.

Between 2010 and 2012 he was a member of the Prime Ministers Business Advisory Group.

Between 2012 and 2018 he was President of Surrey 100, a Business Angel Group attached to the University of Surrey where he invested in a portfolio of early stage technology companies.  Michael has a BA (Hons) Industrial Economics from Nottingham University and is a Chartered Accountant.