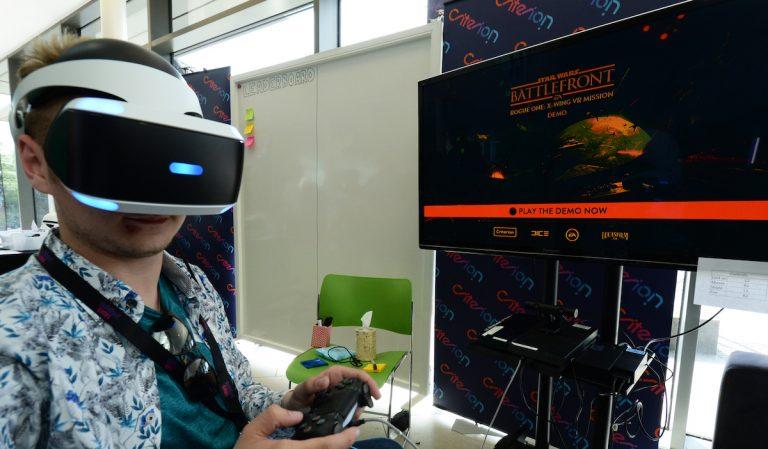 The record audience figures for the event were boosted through live streaming by global games distribution giant Steam– a UK first organised by Enterprise M3 in partnership with Fireblade Software.

The Steam page, alongside a new website for Guildford's Games Cluster launched by Enterprise M3 at the Festival, represent the start of a new chapter for Guildford’s games industry as they presented together, for the first time, a selection of the town’s constituent games and game developers, past and present.After organising Guildford’s new collective presence on the platform, Enterprise M3 Games Sector Specialist Sam Read said;

It feels very appropriate that Guildford should be the first UK games cluster with a dedicated presence on Steam, as the first third-party game ever distributed on the platform was made in Guildford and published there in 2005. The Festival itself was amazing, with high quality interviews and first rate content, featuring industry leaders talking, educational workshops, careers talks and a business to business networking platform.

The Festival, which took place on November 13 and 14,  is supported by EM3 alongside Guildford Borough Council, the Association for UK Interactive Entertainment (UKIE), Liquid Crimson and Etch Play.

EM3 is working closely with the Department for International Trade to raise awareness of Guildford's games industry internationally. The area was recently awarded 'High Potential Opportunity' status in recognition of these strengths.

More information on the festival can be found at https://guildford.games