'Green recovery' is the future for the Enterprise M3 region 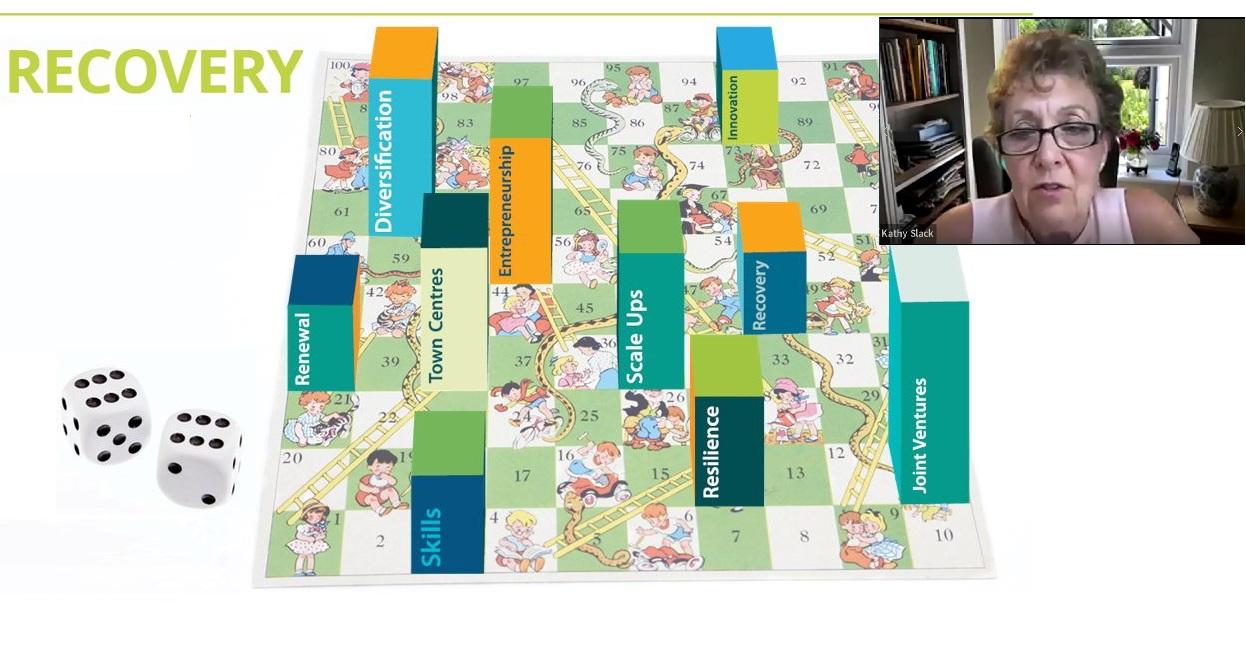 A “green recovery” is absolutely crucial for the Enterprise M3 economy in the wake of COVID-19, its chief executive has said.

Speaking at the online AGM which had the theme “recovery, resilience and renewal”, Kathy Slack OBE highlighted the achievements of 2019/20 and looked to the future.Addressing delegates from business, local authorities and organisations across the region, she said:

Green, green, green. We really want to build in a green recovery and we are going to need your help. We do want to do things far more digitally and we do want to continue to help businesses diversify, reach new markets and to help them to work on entrepreneurship.”

Last year, there was a debate around clean growth, low carbon and the environment, and you sent us a very clear message at the AGM that you wanted us to do more – and we have. We have worked with projects to build in green aspects to them.

These projects included supporting the installation of sustainable street lights in Surrey, funding a pilot project for rapid on-street electric vehicle charging as well as work on sustainable towns.

Kathy added that digital activities were built into all green projects and she said that digital infrastructure would be “fundamental” going forward, a “key plank of what we will push for from Government.”

Additional achievements included the LEP’s work in leading four neighbouring LEPs in a Brexit support programme for the South of England, as well as running as series of export workshops. Kathy also praised the work of the Enterprise Adviser Network who were supporting career plan development in 83 schools as well as the EM3 Funding Escalator which invested £3.1m in 23 companies over the year.

This puts us at the front of the queue when working with countries overseas.

In the next week, the games and immersive sector in EM3 will be put out to 200 countries across the world which puts us in a really strong place for bringing in those inward investors that are so important to this sector.

For the future, Kathy pledged to look at bringing culture and arts back to towns through the creative and hospitality sectors; work with local authorities on green housing; reimagining towns and looking at investment in sustainable transport as well as co-working space which works closely to people’s homes.

The online webinar also launched the LEP’s Annual Report, which went fully digital for 2019-20 and which can be found here.