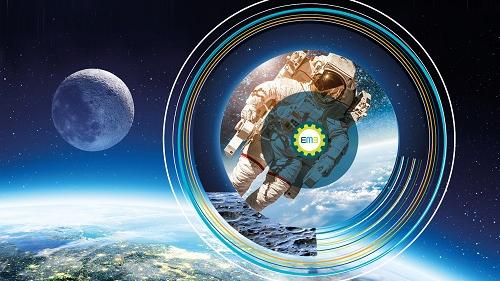 World-changing opportunities are emerging through collaboration between the gaming and geospatial industries in Surrey and Hampshire, a thought-leading EM3 event has revealed.

Enterprise M3 Local Enterprise Partnership (LEP) partnered with KTN and Immerse UK, to host Space for All, a webinar showcasing space industry excellence along with opportunities to apply gaming tech, such as Virtual Reality (VR) and Augmented Reality (AR) to solve real-world problems. The event was the first of its kind and was delivered as part of the UK Space Agency’s Local Space Cluster Development Project.

Existing applications showcased at the event included Surrey’s Vision Engineering which is transforming VR gaming technology for users across the world, including in dentistry and surgery, as well as Vector Suite, based at Surrey Research Park, which uses both AR and VR in its pioneering work for the automotive industry, turning 2D sketches into 3D computer models.

Space for All was one in a series of webinars supported by the EM3 LEP which is leading the way in supporting cross-sector R&D in its key high growth industries by bringing together academic research and commercial business to explore opportunities for collaboration.

Within the EM3 area, gaming and space have been recognised as High Potential Opportunities by the government meaning “our region is at the forefront for investment opportunities at 187 embassies around the world,” Rob Dunford, the LEP’s Business Delivery director told the event.

Placing earth observation satellite systems in the hands of private companies, not just Government, had broken down barriers and the next challenge was to get this information to as many people as possible to help solve the world’s challenges. Alistair Maclenan, CEO, Guildford-based Quarry One Eleven, said:

“Gaming technology is an incredible pathway to expanding the use of geo-technology. Change is happening in both these industries because barriers have been removed.”

“If you get the data into the hands of as many people as possible, for free, then great things can happen – gaming tech is one way of doing that. If you want to reach people you have to go through a channel they like and understand. If we remove all of the barriers to include everybody, I believe we can change everything.”

There is much excitement in this area, it lets SMEs grow quite quickly, they find their niche