EM3 LEP appoints entrepreneur Ren Kapur MBE to its board 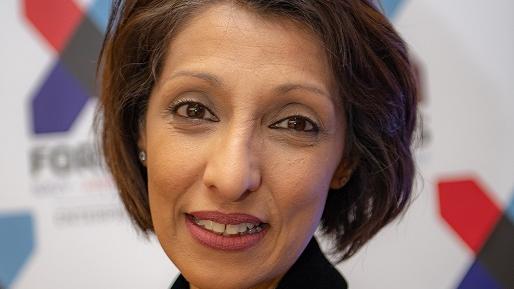 Entrepreneur Ren Kapur MBE, has been appointed to the Enterprise M3 LEP Board of Directors.

She has been an official advisor to the Home Office on how an enterprise model could support resettlement of Syrian Refugees and currently sits on the Women in Enterprise All-Party Parliamentary Group. She is also an Armed Forces Ambassador to the Federation of Small Businesses.

I am delighted to be part of the LEP and what it stands for in the community across business, industry and the people it serves and works with. They have a firm understanding that to enable change all demographics need to work harmoniously.

Ren said she wanted to support businesses into digital platforms as well as empower young people in business, drawing on her previous position as the Government’s National Champion for Business, Admin and Finance for Young People (aged 14-19).

A personal goal for me within EM3 is enabling the agenda of digitisation for all businesses of any size and industry whilst also embracing the young people in the region to give them opportunities to develop and have fulfilling career opportunities now and in the future.

I’m a real advocate for entrepreneurial skills, they are so important, whether you are an entrepreneur or an intrapreneur and whether you are working for yourself and starting your own business or if you are taking those skills into someone else’s business, they are fundamental as life-skills for the future. This resonates with everything Enterprise M3 does.

Supporting skills and digitalisation are two of Enterprise M3’s key strategic objectives and both will feature significantly in its Recovery and Renewal Plan, which aims to deliver sustainable growth and jobs to support the region’s economic renewal post-pandemic.

Ren’s arrival brings the number of women on the 21-strong LEP board to 10, and her appointment was welcomed by EM3 chair Dave Axam.

I am delighted Ren is joining the board. She has fabulous connections with the army, which is important in our area, as well as with the FSB and a high level of experience across both the third and private sectors. She is an outstanding candidate who will strengthen our partnerships thanks to her great mix of skills, capability and knowledge and will further expand the diversity of our board.